Media in The New Malaysia (#malaysiabaru)

Malaysia is often positioned as the gateway to Asia. With a  constitutional monarchy of some 31.6 million people, the country is a melting pot with primarily Malay, Chinese and Indian demographics. And with this unique mix come certain implications in regards to its media and public relations landscape.

As a PR practitioner, this means that a clear market segmentation strategy is required to get your message to the right target audience in what is the third most affluent nation in ASEAN. In addition, one should keep in mind that the fields of PR and media here are in a state of transition, as they are in other markets worldwide.

In Malaysia, this is partly due to the fact that PR itself is difficult to define. While there have been concerted efforts to standardise the profession for an estimated 30,000 practitioners in the country under a proposed Public Relations Profession Act, the proposed legislation has yet to be passed.

However, the bigger picture is that change in the PR industry is being driven by changes in the media industry itself, particularly in light of recent social upheavals and the ongoing effects of Industrial Revolution 4.0.

In the aftermath of the country’s globally historic 2018 General Election (GE14), with hashtags such as #pakatanharapan (coalition of hope)  or #malaysiabaru (new Malaysia)  trending, Malaysia saw the dawn of a new socio-political status quo after more than 60 years. At the same time, the media scene witnessed a similar awakening to new beginnings.

We have Tom Wright, co-author of Billion Dollar Whale, launching his book detailing alleged misappropriation in Malaysia’s sovereign 1MDB wealth fund in Kinokuniya in the heart of Kuala Lumpur – without any furore or arrest.

In addition, the influential investigative news portal Sarawak Report, credited with numerous exposés of corruption nationwide since 2010, has been unbanned and unblocked. None of these progressive steps would have been possible just a year and a half ago.

With the mandate of the new Pakatan Harapan administration, media organisations in Malaysia are now less shackled. There is also now a great deal more willingness to address socio-political issues as the government strives internally and externally to deliver its promises to the #rakyat (people).

As a result, the media here today are more willing to accommodate a wider range of pitching angles from PR practitioners. However, this comes with a price, literally and figuratively: many publications are driven by advertising dollars.

Others have closed down their traditional print components and have gone full force into establishing digital presences.

These trends are due to increasing consumer preferences for online and particularly mobile news platforms, which are notoriously difficult to monetise. Malaysians simply don’t like to pay for their news.

Advertising expenditure for the media industry in Malaysia as a whole has declined steadily since 2015, with Hong Leong Investment Bank reporting a 17% decrease year-on-year in 1H 2018.

As media organisations scramble to find a foothold in the new digital age amid #malaysiabaru, PR practitioners must similarly adapt as well to the changing currents of the times.

How does one manoeuvre in this new media scene in Malaysia, or should we say, #mediabaru? Here are 7 tips which might just do the trick:

In Malaysia, we have BM or Bahasa Malaysia as the national language, with English as a second official language and the vernacular languages of Chinese and Tamil.  To reach all of these media, it would be wise to spend some budget on translations – just to cater to the vernacular papers/magazines.

This also saves editors the time needed to translate content of their own accord. The convenience makes them more likely to consider taking your news to print and enables them to foster cordial relations with their publications.

As such, allocating some budget towards translation is a win-win for both clients and media, and thus a boon for PR practitioners.

In a country where Islam is the main religion, there is a need to be religiously sensitive to the media, especially when it comes to prayer day, aka Friday. It is mandatory for male practitioners of Islam to head to the mosque to conduct mass prayers in the afternoon, similar to Sunday Mass. As such, many would be unavailable during this timeframe.

Any media events that are organised on Friday should be held earlier in the day, and should not interfere with the prayers – lest you have a zero turnout for your clients.

Many mainstream media are investing heavily into bulking up their digital presence. Even print publications, while maintaining their print components, are supplementing these with digital content, which is an added bonus for any client. Many have established strong online editorial teams who also push out their stories virally through Twitter, Instagram and Facebook.

If you have videos or websites or relevant hashtags, do include these in press releases, so that the relevant media can also share them on their digital platforms. This doubles the coverage from any campaign, reaching out to both print and digital audiences.

Let’s face it: most clients think their products or events are the most important things in the world. This may very well be true for them, but it is not always the case for media, as editorial staff are bombarded daily with press releases and invitations.

Exclusive stories are the best way to get media buy-ins, with the understanding that exclusivity must be maintained, whether it’s publication-exclusive or language-exclusive.

That also means giving compelling and fresh angles as a hook for media to trek all the way to a face-to-face meeting with your client for an interview.

That emphatically means no cross-coverage with other media when exclusivity has been promised to one particular publication, lest you incur the wrath of the editorial community.

5: Spell Check, and Be Concise when Addressing Media

Nothing beats a good, old-fashioned spelling and grammar check before you send a media invitation or press release out to the media.

Also, don’t forget to double check the name of the editor/journalist – you wouldn't want your own name to be misspelled, would you?

For PR practitioners working with technology clients as well as lifestyle clients, there has been tremendous growth in the number of social media influencers who publicise for clients, with product shots, Instagram stories, product placements and flat lay pictures, all via their social media accounts.

When working with influencers, it is important to set expectations with both them and the client right from the get go, with regards to what their involvement will entail, which hashtags to use, how to leverage on product promo codes and so on.

A great many editorial teams are lean, mean machines, working their journalists and editors very hard. This means that they are stretched for resources, and many rely on PR practitioners for ready content, by-lined articles and good angles – as well as human kindness.

Just like you and me, media staff have their own struggles that they are dealing with, which sometimes get muddled up with their work. We must strive to be kind and understanding throughout all our dealings with them. 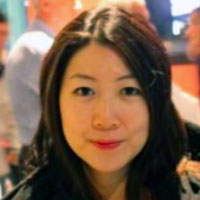