Japan is the world’s largest newspaper market with a third of readers now mobile. Four Japanese daily newspapers are ranked in the Top 10 paid-for dailies by the World Press Trends 2015. Although print is still highly regarded, circulation has been dropping at a rate of 1million per year since 2010.

Despite the decline in print circulation, the gap is not being filled by growth in digital media for a number of reasons: Japan continues to operate a strong nationwide home delivery system for print media; paid-for online news struggles against a proliferation of free-online content; and the traditional values of “Print-First” editorial policy still presides with most news articles published in print, unless the news material is major breaking news.

The gradual decline in Japan’s industrial sector coupled with economic recession over the past 2 decades is impacting the country’s specialist media.

With a relatively small number of specialist media compared to other countries the trade media are now in a stage of decline.  The automotive, electronics, and chemical sectors each have a dedicated daily newspaper whereas other sectors including medical/healthcare, aircraft, railway, military, professional lighting have no specialized media catering to designer and engineering audiences.

Back in 2005 for example, a press conference focused on the electronics sector would gather some 25 media, whereas today we would expect around 10. Trade media have also been slow to embrace digitalization - very few large publishers have invested in a full-scale online capability, while medium to small ones have limited or no digital offering.

Consequently this means there is a high volume of competition from all sectors of industry for limited and diminishing editorial space.

Moreover, for foreign companies, content needs to be deemed “newsworthy” to gain coverage, and must reflect a local Japanese market dimension – whether it be local investment, local customer applications; or local market strategy differentiation.

Sooner or later we expect digital media to become mainstream in Japan as well. We do not anticipate the emergence of new media companies, but expect that more investment in digital capability will ensue, and that more media will transition successfully to enhanced digital offerings, while some specialist media will remain focused on print.

Within this transition, broad–based ‘news portals‘ have also emerged in recent years, often without an actual editorial filter or department and with a focus on, often non-discerning, high volume of content.  This can create a dilemma with clients - who on the one hand are pushing for more quantitative performance results in media coverage, but may be lacking the qualitative element of good, targeted content aimed at the right industry-sector audience.

Readers will however always seek out and trust high-quality, well written content from credible and knowledgeable journalists and industry experts, regardless of whether it is in print or digital format. And this remains for us the core priority when designing PR programmes with our B2B clients in Japan.

So in this changing PR era, a balanced and mixed approach is required: covering the relevant print and digital channels, and ensuring a flow of both qualitative and quantitative content across a balanced media mix.

Alongside fostering close relationships with key media, this mixed approach is now crucial for a successful long-term PR campaign.

The world’s 3rd largest economy - 2014 GDP of USD 4.6055 Trillion* - Japan is slightly larger than Germany in size, with a population of about 127million which is facing the dual challenges of a low birth rate and an aging society (1 in 3 of the population is projected to be over 65 by 2035) **. In 2020 Tokyo will host the Summer Olympics and Paralympics for the second time. Prime Minister Shinzo Abe said he wants to set a target of 40 million foreign visitors to Japan in 2020.

Japan’s Industrial Sector
The manufacturing sector – accounting for almost 18% of GDP – remains massive in Japan. Core industries include transportation and machinery, automotive and electrical/electronic followed by chemicals and pharmaceuticals. Global automotive OEMs such as Toyota, Nissan, Honda, and Subaru attract suppliers from all over the world. From materials to components, many automotive-related global companies strategically place offices in Japan eyeing not only the domestic market but other opportunities beyond including the standard of technical, quality and R&D excellence, which can be leveraged across their global organisations.

Tokyo PR is one of our longest standing agency partnerships reaching back to the early days of EMG and our first global plastics industry clients. Today they are also a valued partner in the AsiaCom network. Like EMG they have a strong industrial B2B heritage and deep insight into the changing face of media and PR in Japan. 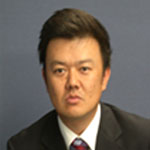 Posted by
Mitsuyoshi Sugino
on February 13, 2017