EMG first began working with Trelleborg industrial tires operations, an operation within the Trelleborg Group, in 2013 in China. The operation, a leading manufacturer of tires for forklifts and heavy construction machines was at the early stages of building its brand profile in China. Since then EMG has provided media relations and marketing communications support including 3 major press conferences centred around the CEMAT and BAUMA China events generating significant media coverage with the Chinese business and trade press.

This early success in China paved the way for discussions with Trelleborg's industrial tires global communications team for support across EMEA. EMG’s team in Europe is now working on a media relations programme for the region including recent support at Paris-based trade show Intermat. 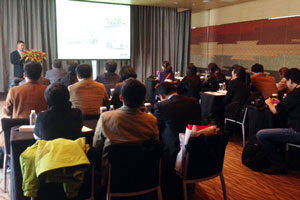