Last year, when US President Barack Obama made a state visit, the Government of India launched its “Make in India” initiative to extend India business successes in the services, IT and biotechnology sectors to mainstream manufacturing. Most global manufacturing giants already have operations in India, for example all the major automobile firms and auto component manufacturers have set up in India and have targeted making it into an export hub. And inward investment continues to grow as evidenced by recent announcements by General Motors and Foxconn who plan to invest over $6 billion between them in the coming years. In these segments, the “Make in India” initiative is expected to attract global suppliers to set up units to feed the surging demands of the export push by the auto industry. This in turn is expected to push India’s GDP growth to new stratospheric levels from the current seven-plus percent.

Both Indian and international investors have geared up to take advantage of tax incentives and other allurements such as infrastructure and labor law amendments that “Make in India” involves. Analysts widely expect that this will translate to a focus on commercial exchanges between small and medium businesses in India and the rest of the world.

As such, the biggest users of B2B media and information services are small and medium businesses. This is expected to create a boom in the B2B space, both in the trade media and corporate marketing budgets. The compound annual growth rate in revenues predicted for the period 2013 through 2018 for trade media in India is in excess of seven percent.

Reports indicate that B2B media are regularly shown to be the No. 1 information source for business news and opportunities. In rankings featuring B2B magazines, national newspapers, the internet, direct mail, conferences, exhibitions, television and various other media, B2B magazines consistently emerge in first place, usually by a wide margin.

Although traditionally highly print oriented and lagging behind other countries in terms of online media presence, the internet has emerged as a major force in the past few years with an expanding infrastructure and fast growing pan-India access. India, alongside China, still enjoys a growing print readership, and digital media development is seen as complimentary, rather than threatening, to print media. Most magazines are now running or developing online versions to capture this growing Internet population.

The Registrar of Newspapers for India has just under 100,000 registered publications, comprising over 13,000 dailies and 86,000 periodicals. Of these, there are an estimated 4,000 publications covering niche interest and regional periodicals of which we estimate there are several hundred quality, industry focused trade media. New titles are added each year resulting in growth of both circulation and readership. In India, most mainstream publications feature special print and online sections covering emerging B2B markets including education, travel and entertainment. However, online B2B is now the fastest growing media segment and we anticipate that much of the future growth will be straight to digital.

Recognizing the growing media space for in-depth coverage of manufacturing enterprises such as automotive, chemicals, textiles, plastics, computers and telecom as well as commercial enterprises in education, law, art, and culture, we have set up Comma B2B, a strategic business unit focused on media relations and marketing communications in this rapidly growing sector. The idea of focusing this experience into a strategic business offering follows in the wake of the huge excitement over the “Make in India” initiative and marries perfectly with our long standing relationship with EMG. The B2B landscape in India looks very promising.

Comma Consulting, EMG's strategic partner for India, and member of the Asiacom regional network, has been working with EMG for more than ten years on a range of media relations projects for key clients such as DSM, Clariant and Rockwool. For more information contact John Gallagher, international Development Director at EMG. 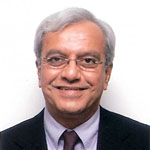