EMG and sister company Marketing Solutions have successfully supported Ascend Performance Materials at trade shows all over the world.

Since 2009 Ascend Performance Materials, a leading global producer of PA66 resin, chemicals and fibres, has worked with EMG and Marketing Solutions in China to gain maximum visibility during the annual Chinaplas shows.

When Ascend decided to take part in the K 2013 in Düsseldorf, it was a natural step for our team in Europe to work with the company on its K 2013 campaign, build media relationships and further support its goal to gain enhanced global visibility.

Working in close partnership with the Ascend team, we built on the company’s momentum by translating and repurposing key messages and communication materials. In addition, we also took care of other aspects, including serving as the liaison with stand builders, arranging customer invites and more.

With a media engagement plan in place, Ascend’s management team members were able to re-connect with international editors they had met in China and meet new editors from around the globe.

And onward into America

Whilst over in Asia, EMG China continued to support the company during the annual Chinaplas shows, Ascend decided to take part in the leading US plastics show, NPE 2015. Once again our team provided support and a range of services, including turnkey stand building and media relations.

Dharm Vahalia, Global Marketing Director at Ascend Performance Materials, commented: “In addition to pitching and scheduling one-on-one interviews and a press conference, resulting in excellent coverage, Marketing Solutions are also able to deliver a broad range of supporting activities. This not only helps to save time and resources – it also ensures that key marketing messages remain consistent, all over the world.”

Ascend has benefitted from our significant chemicals and plastics sector knowledge, international capabilities and almost 25 years of experience in industrial communications. We have just completed another successful Chinaplas – and next on the Ascend agenda is K 2016 in Düsseldorf, which promises to be another major event on the industry calendar. 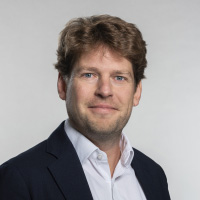