Industrial technology marketing communications agency EMG is a firm believer in developing true partnerships with our clients. Our recent work with Swiss-headquartered international technology group Oerlikon is a great example of what happens when collaboration between client and agency bears fruit.

An initial collaboration at the Paris Air Show 2019 (PAS) (June 17-23), involved highlighting Oerlikon’s Balzers, Metco and AM (additive manufacturing) brands. This successful partnership led to a very interesting further project at the 3rd Munich Technology Conference (MTC3), which was held in Munich, Germany on October 8-10.

Oerlikon and EMG first began working together in April 2019 in the runup to the PAS.

The strategy for the airshow involved a long campaign that started weeks before the show, continued onward and then culminated in post conference coverage. Efforts to position Oerlikon as a trusted partner, an innovation leader & industry transformer were done through a combination of press releases, interviews and social media posts before, during and after the show.

The multi-faceted campaign featured a strong focus on video. In all, some 40 social media posts took place, including over 30 short video posts conducted together with the client. Some videos were prepared so that they could be used post-show as well as at PAS 2019 itself, while others were used as “show only.”

The results speak for themselves. During the marketing communications campaign (May 27-June 30), there were 40 posts across LinkedIn and Facebook, with a further 48 posts appearing through Twitter. Overall, the PAS event attracted almost 200k impressions through all social media channels. There was wide pickup by the trade and business media on both event releases. This resulted in a total of 102 coverage pieces by mid-July, spread across print and online channels. Tier 1 coverage achieved in trade publications such as the daily Flight International, 3D Printing Media Network and Additive Manufacturing.

A key conclusion from the PAS 2019 social media campaign was that coming across as an open, friendly and fun-loving company can help bring a true social media boost. For example, a LinkedIn post, featuring a video wave from all the staff on the stand, inviting visitors to come over and meet their team of experts, garnered widespread social media sharing and clicks.

The successful PAS collaboration between Oerlikon and EMG led to a similar strategy for the promotion of the third edition of the Munich Technology Conference, which focused on additive manufacturing (AM). More commonly known as 3D printing, AM, is a transformational technology that is just starting to make its way into mainstream processing. MTC is one of the largest targeted annual platform that helps AM professionals to network as well as share both success stories & challenges. Oerlikon has a leadership role in organizing this forward looking annual conference event, together with six other 2019 partners.

In the run-up to MTC3, EMG was assigned with organizing the social media promotion calendar, posts, supporting press releases and media outreach, with the aim of drawing both visitors and media interest for the event. We partnered with AM tech writer and industry influencer, Rachel Park, on organizing and subsequently conducting detailed technical interviews with several AM specialists. This interview series asked thought leaders to offer their commentary on the transformational potential of AM and where they believe the greatest application hopes exist. It helped to highlight MTC3 as more than a mere conference. Rather, it also functions as an open forum where thought leaders gather to debate the cutting edge themes in their blossoming industry.

During MTC3, EMG liaised with Oerlikon on social media posts throughout the event, as well as created genuine buzz through both traditional and non-traditional communication channels. MTC3 attracted more than 1,500 AM professionals from 32 countries to the Munich event, with excellent marcoms collaboration proving key to its success and industry defining position.

But the MTC3 story did not end once the conference itself had concluded. One of the aims of the MTC conferences has been to create a community for AM, where partners can work together on harnessing AM to reach true industrial scale. The creation of detailed supporting white papers is therefore valuable in spreading the message around this innovative technology and drawing more potential partners to this community.

EMG was asked to report on the key findings from the MTC3 conference and interview thought leaders within the AM world at the event about the potential for AM in commercial applications, which range from anything from aviation and healthcare, to automotive, tooling and beyond. Conclusions were documented in a white paper with proof points on “why we can be bullish” on the future of AM. In partnership with Oerlikon, this White Paper was edited and subsequently distributed at the Formnext conference in Frankfurt (November 19-22, 2019).

The white paper project culminated in a media outreach campaign that included the drafting of promotional abstracts and the highlighting of potential story angles.

It takes two to tango

2019 has been a great year for EMG, with our partnership with Oerlikon proving to be a highlight.

But it takes two to tango. Because Oerlikon partners were friendly, collaborative, open and willing to take on creative suggestions in their campaigns, it made the chance of success much higher. With strong and specific suggestions from their part, this interaction made the campaigns work very well. By involving their customers in the process too and noting the benefits for them in being part of an integrated media strategy, strong coverage was all but guaranteed and duly followed.

One of the key conclusions from MTC3 was that when industry, academia and public institutions all work together and exchange ideas, we can help give AM the place it deserves at the heart of future industrial processing.

The same can be said of creating a strong marcoms partnership. EMG’s work together with Oerlikon at PAS and MTC3 shows that when there’s great chemistry between partners, the sky’s the limit. 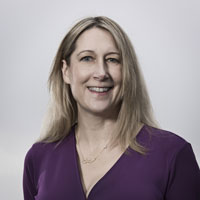