The Suez ordeal: Why clear communication is critical

The recent events in Egypt have highlighted the need for early, honest and detailed communications between stakeholders up and down the entire supply chain – and for some, the crisis can be turned into an opportunity.

Around a week ago, the 400-metre-long container ship, the MV Ever Given, ploughed into the banks of the Suez Canal.

Weighing 200,000 tons with 18,300 TEUs onboard, it has, after days of tugboat and dredging efforts, successfully re-floated and will soon be on its way once again, along with the 369 other ships forming queues at either entrance to the waterway.

It has exacerbated a problem of container shortages that already existed. Containers make around 170 million trips a year, with another 55 million journeys completed when they are empty, either to return home or be routed to fill new demand.

The COVID-19 pandemic, along with the varying economic shutdowns and speed of recovery, has led to containers being involved in backlogs at interchange hubs such as ports, rail hubs and truck yards. This caused disruption to major shipping routes, especially between China and the United States, a situation which has led to substantial spikes in shipping prices.

The Suez incident has only served to make the situation worse. It has gone viral, with extensive media coverage flooding news pages, newsrooms and social media platforms alike.

Swept away or proactive?

Big numbers have been quoted widely by mainstream media outlets about the cost and disruption the situation continues to inflict on global supply chains.

For example, Suez Canal Authority chief Osama Rabie said the blockage was costing the route $14 million to $15 million a day, with canal activity alone contributing to 2% of Egypt’s GDP and helping move 12% of global trade.

The result? You could easily be forgiven for being swept away by the coverage generated by vast swathes of media, and companies are indeed worried that their products will not be available to place on their shelves or in their distribution hubs ready to send to clients.

Your job, as a company communicating to its customers, is to reassure them that you are prepared for such incidents and that your supply chain is robust.

“Whilst it is also important to sympathise and not downplay the seriousness of the Suez delays, you must show you are a serious partner helping them to provide their goods and services, and that you are not losing your cool. There are other routes being taken; you can source supplies from other stocks; normal service will be resumed shortly – these are all key messages that need to be sent.”

This is the advice of experienced crisis communications expert Gerard van der Zanden, providing his take on the events of the last week.

“Unfortunately, much of the communication around the situation in the Suez has been reactive, so the hype created by the media has arrived before these reassuring messages have been communicated in a lot of cases,” he tells us.

“What this shows is the importance of communicating early, and in detail. Companies should also be talking to everybody up and down their supply chains, not just end customers, and that includes the media.”

Spreading the message across both public and direct channels

Such strategies should also incorporate multiple channels. Sending a media release is just one way of putting your response to a situation on public record, but there are many other means by which you can portray these vital messages to your firm’s key stakeholders.

When it comes to customers, the more personalised the response, the better.

Emails and phone calls to key decision makers can directly reassure them that you are on top of any likely disruption, while more public-facing methods could include social media posts containing comments from your organisation's leaders.

As a crisis communications veteran, van der Zanden is no stranger to dealing with difficult commercial situations which have disrupted supply chains. He cites several examples of incidents managed throughout his career which have presented opportunities for businesses to not only solidify relationships with existing customers, but also make new ones.

“I don’t like referring to what has happened in the Suez Canal as a crisis,” he says. “In my opinion, this should be treated like a serious issue.

“Yes, there are of course major consequences in terms of the disruptions caused, but also opportunities for firms to show their worth to clients – this event is entirely out of their control, and being able to show you are serious and prepared could deliver big benefits.”

Our advice: Give your customers peace of mind

Our advice to you is to use the events of the last week to demonstrate your resilience and remind customers you are there for them in case they are concerned.

“For me, what the Suez Canal incident has highlighted are two fundamental things that underpin any effective communications strategy – prepare and practice,” van der Zanden adds. “Those really are two magic words.

“Make sure you have a clear and precise issues and crisis management plan in place, and make sure that you train your people to deploy this plan at least once every quarter. 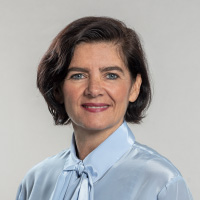