Linked out of China

In October 2021, Microsoft announced its decision to close its B2B social media network, LinkedIn, in China. As the dust starts to settle, we look at the implications of the shutdown for businesses looking to reach B2B audiences in China.

LinkedIn had been the only major western social media platform operating in China.
When it launched there in 2014, Microsoft agreed to comply with Chinese government restrictions, although it said at the time that expanding in China raised “difficult questions” because it would be required to censor content.

Then, on the 14th October this year, the company announced that it would be shutting down its service later this year following the tightening of censorship rules by local authorities. The company said that it was facing "a significantly more difficult operating environment and greater compliance requirements in China”[1].

On the face of it this appeared to be a massive blow for B2B businesses looking to engage with hard-to-reach Chinese audiences, and a setback for the opening up of communication channels between China and the western world. LinkedIn has approximately 53 million users in China, its second largest market after the US[2]. Its departure will leave them without access for networking with professionals in other countries and will remove a key channel for individuals and businesses from other countries to network with people within China.

When you look at the situation in a broader context, the disappearance of LinkedIn from the social scene probably won’t make as much difference as the media headlines might suggest.

Firstly, LinkedIn isn’t withdrawing entirely from China. It is shutting down its social features. As the company said in a statement: “we’ve made the decision to sunset the current localized version of LinkedIn, which is how people in China access LinkedIn’s global social media platform, later this year”[3].

For the time being, the LinkedIn app is still accessible in China; members within China can still post, interact, comment and like in the same way they could before. Microsoft hasn’t yet announced the exact date when it is shutting down the app in China, but when it does, what is not yet clear is the extent to which this functionality will be removed. There will be no Chinese language version of the app, but will Chinese professionals and businesses still be able to engage with the global English language LinkedIn platform? This we don’t yet know.

Microsoft has confirmed that its new strategy for China is to focus on helping China-based professionals to find jobs in China and Chinese companies to find quality candidates. To this end, the corporation has said that it will launch InJobs, a new, standalone jobs app for China, later this year. It has said InJobs will not include a social feed or the ability to share posts or articles.

However, LinkedIn’s contribution to the Chinese social media scene should not be exaggerated. LinkedIn’s 53 million user base is small fry compared to WeChat, which, by Q1 2021 had 1.2+ billion active users and 20+ million official accounts. The reality is that the disappearance of LinkedIn from China will not make that much difference to the way that B2B marketers reach Chinese audiences, as WeChat is by far the dominant social platform in China.

And let’s not make the mistake of assuming that WeChat is the Chinese equivalent of WhatsApp. The way the Chinese use social media is very different to the western approach. In the west, there is a very clear division between professional and personal in the way that people manage and use their accounts. In China, the lines are much more blurred, particularly on WeChat. For example, through WeChat’s default settings, a business contact can see photos of your babies, holidays and hobbies on the social “Moments” feed. In fact, the Chinese use WeChat as much for business as they do for personal purposes - it is an eco-system that brings together every social media function in one platform.

Lastly, the LinkedIn closure announcement serves as a reminder of the importance of a diverse content channel strategy and of the risks of putting all of your eggs in one digital ‘basket’, as covered in our recent blog. After all, in the world of digital marketing, the only thing that is constant is change.

For the forseeable future though, WeChat is where it’s at for B2B communications in China, and to participate in this fast-moving platform, businesses need punchy, on-demand, original Chinese language content. If you don’t have the internal resources to generate this type of content, it may be time to consider partnering an agency with the in-country resource and expertise to populate and manage a WeChat account on your behalf.

EMG has helped numerous clients build their WeChat presence from zero. Get in touch with Joe Cui to discuss how we could help execute your WeChat campaign. 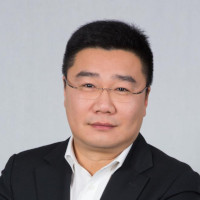