Arab World: Why it matters and how it should be done

Public Relations in the Arab World: Why it matters and how it should be done

Just two decades ago, PR (public relations) was still a nascent practice in the Middle East and was used primarily to boost events management and product promotions. A lot of advertising agencies offered PR services for free for their client upkeep. In-house PR departments were largely unheard of even in international businesses, with marketing executives taking on most of the PR chores.

A watershed moment for the industry was the global financial crisis of 2008. Most organizations operating in the region were totally unprepared for the fallout and impact on their image and realized that advertisements and old marketing tools could simply not keep up with the magnitude of damage control needed. The handful of genuine PR practitioners around took the opportunity to weave their magic and show that they possessed the services and skill set to help corporations ride out the recession and other PR challenges. The rest, as they say, is history.

Today, PR is regarded as a critical component of any organization that does serious business in the Arab World. A recent comprehensive study on the Middle East’s Public Relations industry reveals a field that has dramatically expanded, improved and evolved, with PR agencies and practitioners sharing a bright outlook on the work they do, the audiences they accommodate, and their ability to inject innovation into service delivery.

In an age of unparalleled connectivity, and in a region boasting one of the world’s highest internet penetration rates, the smallest negative news or miscommunicated message can quickly spread and turn into a company’s worst public relations nightmare.  Fortunately, we now have a healthy population of agencies here with the ability to deliver sophisticated services in tune with the region’s modern PR needs.

The tremendous popularity of social media has also been a big plus for the growth of PR in the Arab World. Our line of work is a natural fit for the demands of interactive engagement with customers, bloggers, tweeters, and the general online public. PR is the perfect facilitator of mutual communication between organizations and their public audiences.

One of the major lessons we learned from the 2008 crisis, though, is not to be complacent. Doing PR business amidst a ripe market does not guarantee success; doing PR business RIGHT, will. So here are some pointers on how to practice PR in the Arab World to achieve optimal results:

The degree to which PR will continue its positive impact on the Arab World depends on the way it is applied. A lot of challenges and misinterpretations surrounding this rapidly growing field can be effectively addressed by simply keeping in mind where it is being practiced, and how it should be done. 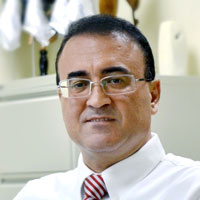