Even though it is already one of the leading global suppliers of catalysts used in industrial and chemical processes, Clariant recognizes the need to build brand awareness and clearly communicate its messages to trade media in key markets around the world.

To further those goals, the company engaged EMG to assist with developing an entire media strategy that took place over the better part of a year. This began with initial outreach to the trade press to establish contact, informal warm-up media briefings to nurture relationships and culminated with a series of formal press forums earlier this year in both China and North America.

The media engagement kicked off in China with a casual lunch meeting with a group of chemical and catalyst focused editors in Beijing in May 2016, at which a Clariant official gave an informal talk. A media roundtable – on the topic of mobility – followed in August 2016 in Shanghai, and after that select trade media representatives participated in a more structured networking and educational roundtable on catalysts in Beijing during September.

This comprehensive warm-up process was designed to help familiarize and educate the media about the role that catalysts play in advancing manufacturing and sustainability while at the same time demonstrating the level of importance that Clariant assigns to the Chinese market.

Following on from this, a media roundtable with Christian Kohlpaintner, a member of the Swiss firm’s Executive Committee; Jan Kreibaum, regional head of Greater China/South Korea; and Thomas Wenger, head of Clariant Catalysts Greater China, was hosted in Shanghai at Clariant’s China headquarters. This gathering provided the chance to deliver a clear message about the company’s global leadership position, and to discuss its China market approach as well as industry trends.

EMG identified and invited the media participants, worked with the client to draft the program, briefed the journalists in advance, managed the logistics on the day, and followed up afterwards to assess the effectiveness of the event, and identify the best next steps.

The overall reaction from the media was that the meeting served as a useful platform to get a better understanding of how Clariant Catalysts are applied in crucial areas such as environment protection, and provided good, active interaction with Clariant executives as well as comprehensive information on strategy, product information and key applications.

The post-event interviews allowed EMG to gather input on the types of specific topics the media members would like to address going forward, and EMG then set about to build a media outreach action plan for Clariant Catalysts in China for this year and beyond.

As part of the broader global media strategy, EMG then focused on supporting the Business Unit Catalysts to connect with key trade media in North America by organizing a press gathering on March 13 in New York City. The mission for this event differed from that in China in that the attending journalists were already quite familiar with the company and its products.

Again, Clariant and EMG identified and invited this select group of journalists who are charged with covering the global and North American chemicals and processing segments. The five-hour afternoon meeting involved a roundtable discussion and allowed the media to get some valuable face time with Clariant Catalysts’ senior management. The executives provided an update on the firm’s business strategy, market support plans and new product introductions. .

Mrs. Stefanie Nehlsen, Clariant, commented: “This valuable personal interaction helped us to build stronger relationships with these journalists, and provided a platform for discussing the latest industry trends while reinforcing our leadership position in this global market.”

EMG was pleased with the comprehensive approach embraced by Clariant, to engage with the media over an extended period, nurture relationships, and help them to better understand Clariant Catalysts, its business model and the industry it serves globally. Next steps in the program involve developing a PR pipeline to ensure journalists get regular, pertinent news and updates. And at the same time, building an editorial plan with the catalyst media, to guide Clariant on ideas for technical articles and opportunities for interviews with Clariant executives to members of both the global and Chinese media. 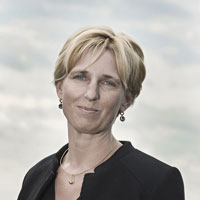