Today, much is written and spoken about the risks and constraints facing foreign investors doing business in Russia due to the adverse political situation and unstable economic climate.  And although it can be challenging, there are many successful examples of global market leaders such as LG, Candy, Indesit, Samsung, BSH Group, Veko who are well established and continue to invest in developing their plants and facilities to drive their long term growth in Russia. High-growth industries include food production and retail, local tourism, IT solutions and business services.

And as with all markets, reaching out and communicating effectively to local audiences is key to success, and requires an in-depth knowledge of audience behavior and using the right communication channels.

Industry sectors investing more in PR services included IT and telecommunications with 56% growth, consumer and children's products (44%), pharmaceuticals (42%), and government (42%). At the other end of the spectrum, industrial sectors such as aviation, light industry, chemical and agricultural industries averaged only 4-6% growth.

Russia is the largest country in the world by geography, and was ranked sixth in global GDP in 2014 by the World Bank.
It is also the most populated country in Europe with 142 million people, 12 million of whom live in Moscow - the capital, main business center and largest city.
Across this vast expanse, more than 100 languages and dialects are spoken, but the most common and the official language is Russian.

Surprisingly, over 90% of the 93,000 media registered in Russia are independent from government controls and censorship. The so-called “Law on Mass Media’ enacted in 1991 governs media activities in Russia, and although open and democratic in principle, controls and forms of censorship exist.  Online media fall outside the Law on Mass Media jurisdiction if they have less than 3,000 visitors per day, as they are not considered as mass media.

Self-supporting, totally independent, media in Russia are almost non-existent, with the exception of entertainment media. Most trade and regional media have sponsors, private investors, financial and industrial groups that influence their media policy. However, this effect is not always noticeable. The most reputed radio station and most critical of the government, "Echo of Moscow", is actually part of state-controlled Gazprom, which owns a number of other media outlets.

The Guild of Press Publishers (GIPP) estimates total revenue for trade media at $1 billion dollars in 2014. Industry-focused trade media are highly dependent on advertisers, which dramatically affects their editorial policy. Regular advertisers therefore benefit from enhanced PR exposure. Many media will happily work with new companies on a purely editorial basis to begin with, but there is always an expectation that this will evolve into a commercial relationship through advertising and other paid-for options.

The quality, format and number of industry-focused media vary greatly. In highly competitive markets, such as IT and construction, the number of titles can be up to 100. International publishing houses account for some 30% of the overall media market, and are particularly active in sectors that attract foreign advertising spend.  Examples include Axel Springer, Burda and Sanoma Independent Media in IT, and Hearst Shkulev, Conde Nast and Edipress Konliga in construction.  However recent legislation which restricts foreign ownership of media outlets is forcing some firms out of Russia.

In 2014 the Russian media sector contracted by around 3%.  Most impacted were the print media, and many have since closed or moved to internet platforms.

The role of the internet and social media in Russia grows every year with some 56 million individuals using the internet on a daily basis. Interestingly, the internet in Russia does not have very rigid censorship and filtering.

Online platforms are not widely used for B2B communications in Russia. Many companies will have an official online page, but with low traffic and engagement. The exceptions are companies whose business is linked to current issues, such as information security or finance and communicate with their target audiences through informative company blogs. But for many companies, their online presence entails advertisements and non-engaging platforms.  LinkedIn deserves a  mention as it is gaining traction – as in other markets, primarily for business contacts.

Russia today is a complex place to conduct business.  Working your way through the media landscape and building your company’s brand requires local expertise.  BCOM has over 16 years’ experience of helping international firms successfully navigate this challenging, yet fascinating market.

Business Communications Agency (BCOM) is a member of the Eurocom Worldwide network and EMG’s partner in Russia for over 11 years. Working together with EMG we have implemented PR and media projects for clients such as Guardian, Mondi, Wilsonart, Andre Pectin, Sabic, Borealis and Belden. 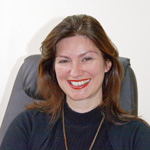