Eurocom Worldwide, the global PR network, confidently predicted growth for its international business in 2014. This was confirmed at the network’s 13th annual conference held on January 31st in Stockholm, Sweden.

Since the conference, the global PR network has been active on many communications fronts. One recent highlight is a first-of-its-kind study that takes an in-depth look into the Arab knowledge economy. The study was led by Eurocom member Orient Planet in conjunction with Madar Research and Development.

A look back at Eurocom's annual conference

Additional growth includes expansion into the Portugal with the welcoming of their newest member, Media Consulting, an independent PR & communications agency based in Lisbon.

Two out of three network members (65 percent) expect growth in their business in 2014, up from only around half the membership experiencing growth in 2013. These positive expectations were reflected by the number of participants at the conference, with representatives of all continents and

regions within the network attending, including the USA, Mexico and Brazil, Middle East, Asia and Russia together with wide attendance from across Europe.

Robin Baker, Chairman of Eurocom Worldwide and general manager of EMG, commented: “Our members’ positive forecast reflects the increasing attractiveness and success of independently-owned PR agencies that are professionally connected on a global scale. We are able to offer clients local access to cost-effective international media relations and communications expertise globally.”

Eurocom Worldwide is one of the leading independent global PR networks. With 29 owner–managed agencies focusing on B2B and technology, the network operates in over 60 national capitals and centres of commerce with more than 850 clients.

Eurocom Worldwide's US partner agency Ripple Effect was honoured for 10 years of membership and outstanding engagement with the network.

The conference was hosted by the network partner agency in Sweden,
Cloudberry Communications. 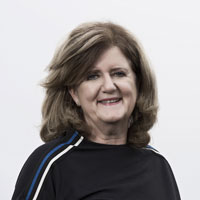